Can Diabetes be Cured with Spiritual Science and Self Healing Visualization Techniques?
(case study)

Cure for Diabetes? Is it even possible? Besides, why isn’t there any world famous Noble Prize winner who cured and has cured diabetes? 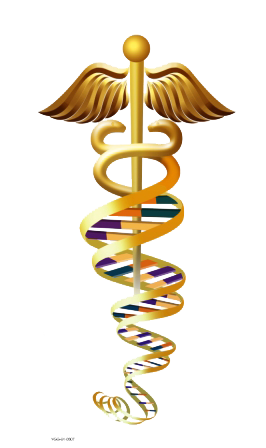 First of all, to a get a Noble Prize for curing diabetes you have to cure it using medical methods, which is just impossible. Medicine works on the physical body level through insulin injections whereas “the solution to a problem always lies on the level of consciousness higher from where the problem was created”. As Albert Einstein said “We cannot solve our problems with the same level of thinking that created them.”

The goal of this article is not to give you the ultimate cure for diabetes, but to explain the physics behind diabetes and suggest methods that you can use in practice to reach positive results (as it happened in the presented case). The suggested methods can eliminate diabetes simply because they deal with the true cause and not just the symptoms on the physical body.

It might be a shock to all matter-oriented scientists and medical workers, but the true cause of diabetes (as well as any other health-related problem) lies on the higher levels of consciousness.

What is diabetes in simple terms? It is the failure of the pancreas to produce enough insulin or when cells of the human body are not responding properly to the insulin produced.  To find the true cause and cure for diabetes you will need to raise your awareness and look at the energy-informational level (the level of energy centers, human aura and even beyond). Pancreas stops working properly because its functions are no longer supported by the energy center that is responsible for life support (energy center that is known as Solar Plexus Chakra in esoteric teachings).

Pumping more energy into that energy center through energy healing, holistic or spiritual practices can only temporarily resolve the issue and give pancreas at least some energy for it to start working.

To achieve long-term lasting results and bring pancreas back to its normal work schedule the true cause of diabetes has to be revealed and dealt with. The answers lie in the energy-informational environment that the person who has diabetes exists in and the worldview that this person has.

Here is a short illustration of one of the cases:

“There was a girl named “Alice”. She had an older and a younger brother and she lived with her parents. After she turned 21 she decided to go abroad to study. Her parents worried too much: how a young, beautiful and sensitive girl will be able to live by herself. “Accidentally” around Alice’s mother’s birthday, she started not feeling well and later was diagnosed with diabetes. Thankfully, in short period of time, she has learned about the true cause of diabetes together with techniques that helped her correct her lifescript. She was quite diligent in practicing the self-guided meditation/visualization techniques and very soon her pancreas began to function properly. She no longer needed insulin shots and continued living a normal life like any beautiful and sensitive young lady is supposed to”. 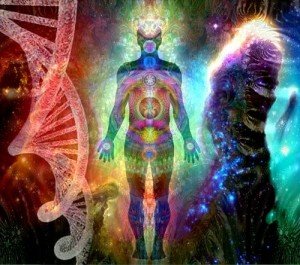 It was possible to reveal the true cause of her diabetes using pondermottor writing technique, Numerology, laws of Nature and the model of higher consciousness levels based on the spiritual science Infosomatics. You might have heard about Psychosomatics, it is a well known medical field exploring the relationships among social, psychological, and behavioral factors on bodily processes and quality of life in humans and animals. It can give an explanation on what emotions are causing certain health problems, while Infosomatics gives a model of energy informational world around us as well as techniques to correct possible problems that we experience in life. Infosomatics is based on the law of transforming information into energy and then further into matter, taking into account the flow of time. It explains how human brain interacts on the levels of higher consciousness and offers visualization techniques that can help improve the quality of life.

After the cause of diabetes was identified in the case with Alice, Infosomatic visualization techniques were used to jump start her pancreas and the rest is history. Here you can see for yourself the energy-informational environment Alice lived in: 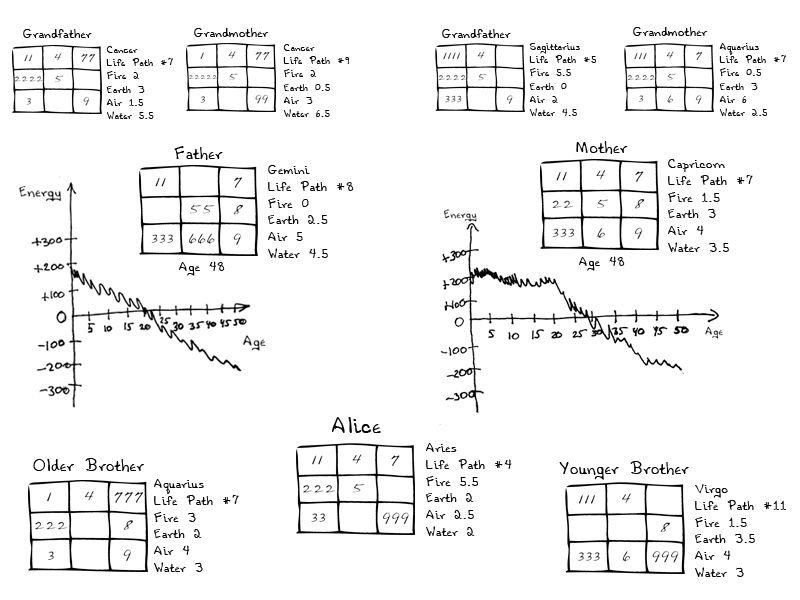 As you can see from the life line graphs of her parents (that were taken using pondermottor writing technique) they were not exactly positive. When a person has a negative look on life (among other things) it leads to the lack of their own energy and could turn into a habit. It strays that person away from realizing their own unique purpose and makes them look for energy outside (in many cases it happens subconsciously). 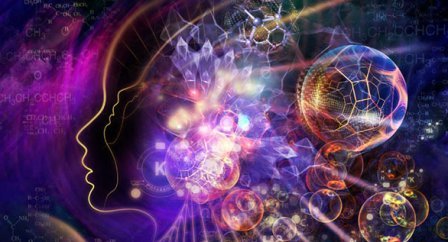 Energy of our thoughts and ignorant worldview are the main causes of the problems that we might be experiencing with our health, personal and professional lives.

In Alice’s case, after she turned 21 she began her life as an adult (learn more about cycles of life). Since she was a second child, she was her mother’s child (in 80% of chances, second child follows genetic line of a mother). Right around mother’s birthday (birthdays are the time when energy bodies of a person are in the most unstable state since they are going through changes, especially around crisis years) Alice received a big energy hit which led to her pancreas failing to fulfill its functions.

To get her pancreas back to work, diagnosis of her energy-informational environment was made using pondermotor writing technique and Numerology. After the source of the problem was identified, Infosomatic visualization techniques were suggested to get her pancreas back on track. Here is a comment from Alice herself (Alice, of course, is not the real name of the young lady, but her story is as real as it gets). 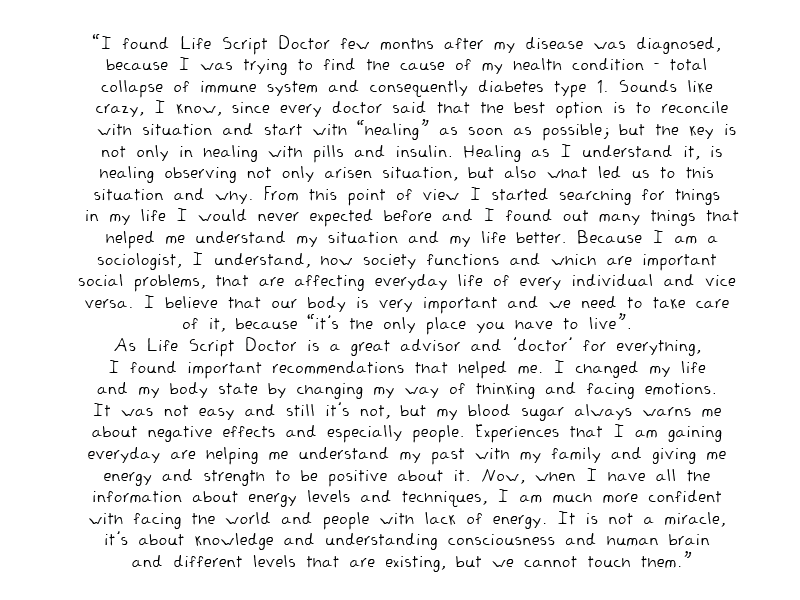 It was the time for Alice to leave her energy lacking parents and go on her own journey of self discovery. It was the time for her to start looking for her family of like-minded people (who are not necessarily connected by blood) and who would be able to help her achieve her goals and realize her full potential.

This is just one case of diabetes and the solution. There are many different cases out there, and each one has to be looked at individually, but only when the true cause of diabetes is discovered it can be actually cured even without medicine. Yet, it is not wise to treat Infosomatic techniques as panacea, everything should be used in balance and in the beginning some assistance from medicine could be required. When the body was led to suffering on the physical level it needs help on the physical level as well. The key for long term results is to find the true cause of the problem and solve it on the energy-informational level (on the levels of higher consciousness).

Tagged on: can diabetes be cured, cure for diabetes 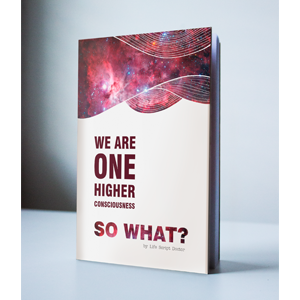